Artist competition for the design of the entrance on Calea Dumbravii nr. 40

The artist contest organized by Max Development for the access area of ​​the building on Calea Dumbrăvii no. 40. 14 project proposals have been received from several artists in the country, but because one of the artists did not consent to publish their proposal we list 13 proposals:

Entrance to the building Calea Dumbrăvii 4012

In total, 14 papers were entered in the contest, which were further admitted in the judging process.

The criteria that guided the jury in order to establish a score for each individual work were organized into three categories and each had a different weight in the final media as follows:

As a way of judging projects, each jury member individually analyzed the proposals received and awarded a score for each paper based on the criteria mentioned at the beginning. Subsequently, all the participating projects were analyzed and discussed, and the first three papers were separated from this stage. A short description of the jury will be presented for the first three best works, in order of the score obtained.

1st place. Sebastian Moldovan – with the “insert”, the winner of the contest and the prize of 5000 euro

It is a project well framed in the niches of the entrance and seemingly discreet, but at the same time it is remarked once with the space. It’s a contemporary work in which we use new techniques that are mastered very well. The jury also appreciated the coherence of the project and the way in which the artistic concept was built in the context of the entry. It was the only proposal that has been used to integrate into the project the function of this traffic area and even attempts to modify the way in which narrow space is perceived by obtaining effects. Niches are also used to the maximum, and the author takes advantage of their depth to create new perspectives. The content of the panels and the various color options are flexible and interesting. Regarding these elements, there is also a recommendation and a requirement of the jury regarding the choice of the type of cut for metal panels, which should have a contextual note (the author mentioned that there is flexibility in choosing cuts and images and that this aspect will be discussed and decided by mutual agreement with the beneficiary). The mounting of the panels and the possibility of replacing them seem to be studied. The jury also has an observation regarding the robustness of the surfaces and the costs and the way of replacing the elements in time. 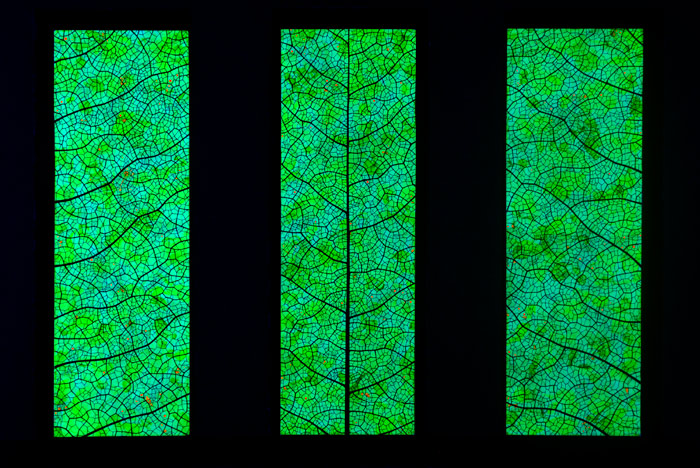 2nd place. Andrei Popa – with the work “parametrics of being”

The jury especially appreciated the subtle contrast that is established by the artist’s proposal, referring to the corner niches. The organic plant pattern, which can also refer to an urban structure as it is represented, softens and deflates the atmosphere of the building through the sinuous lines, but at the same time fits very well into the linear, straight and repetitive space of Nice. It’s a watermarked, precision-based proposal that can vary in color and can be easily adapted. A disadvantage of the proposal is green tones, which, along with gray on the facades, would create a cold environment. Also, the jury was not convinced by the symmetrical composition of niche drawings. The durability of the solution and the timely replacement of the items are not a problem. 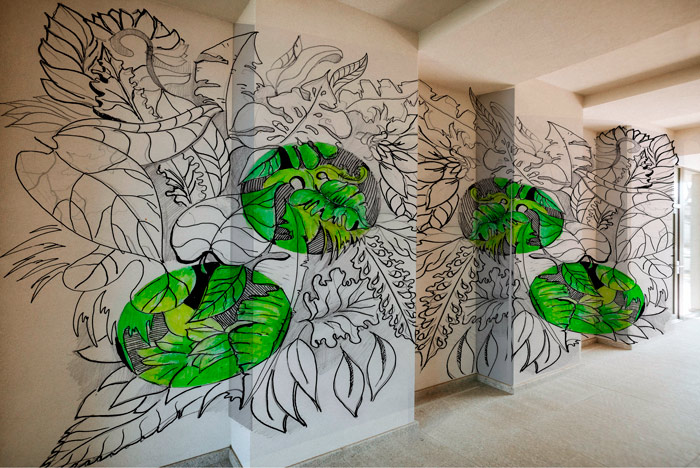 3rd place. Alin Trif – with the work “the architecture of nature”

A proposal that willingly does not want to crawl into niches, but manages to create an unexpected and intriguing accent. It is a bold solution that allows adjustments and color variations, but largely depends on the skill of the artist. Sustainability and possible future interventions are not considered to raise any problems.

In very large lines, there were two general categories of proposals: drawing or painting on the surface of the walls, and the second typology in which the depths of niches are used to occupy panels or elements to be exposed. Several papers in the competition were appreciated, but the jury focused on the first three positions, which were delimited by subtlety, coherence and the way they relate to the building.

This website uses cookies to improve your experience. We'll assume you're ok with this, but you can opt-out if you wish. ACCEPT Read More
GDPR